During the Windows Phone Summit, Microsoft announced that there will be four initial launch partners for its Windows Phone 8 devices coming this holiday season. We have seen devices coming from Samsung, Nokia and HTC already, but the fourth OEM – Huawei, has yet to announce their Windows Phone 8 handset. The company’s CEO did confirm that a device – called the Huawei Ascend W1 – is in the works back in September, and several images and renders of the device had leaked during this time. However the device was never officially revealed to the public and nor were any specs confirmed by the company.

This is no longer the case, as today during a joint event between China Unicom and Microsoft, Huawei has officially unveiled the device to the world. Check out images from the event below showing the Huawei Ascend W1 in action: 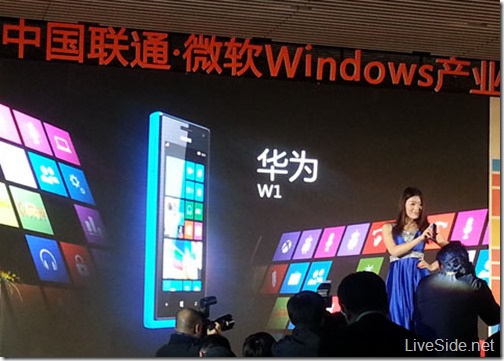 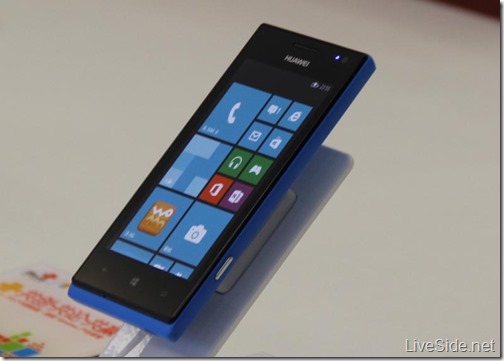 According to WPDang, the device comes with a 4-inch WVGA screen, Qualcomm Snapdragon S4 1.2 GHz dual-core processor, 512MB of RAM, 4GB of storage, 5 megapixel camera (and a 0.3 megapixel front camera), NFC support, as well as a 2000mAh battery. It is said that the device also sport a removable back cover, similar to the Nokia Lumia 820.

Whilst the device was on show today, it was reported that the media was not able to handle the device during the event. Rumor has it that the device will be officially announced during CES 2013 in January, and made available shortly after in China (1Q for Italy). Given that it is targeted at the lower-end market similar to the HTC 8S and Nokia Lumia 620, the device is expected to be priced at around 1499 RMB (approx. USD 240).