It was only a few days ago that we reported the next Windows Phone 8 update is codenamed “Portico”, and today WPCentral reports that the update is currently being rolled out to international variants of the HTC 8X device, bring the OS of the updated device from version 8.0.9905 to 8.0.10211. Check out the photo below showing what the first official over-the-air (OTA) update for Windows Phone 8 looks like: 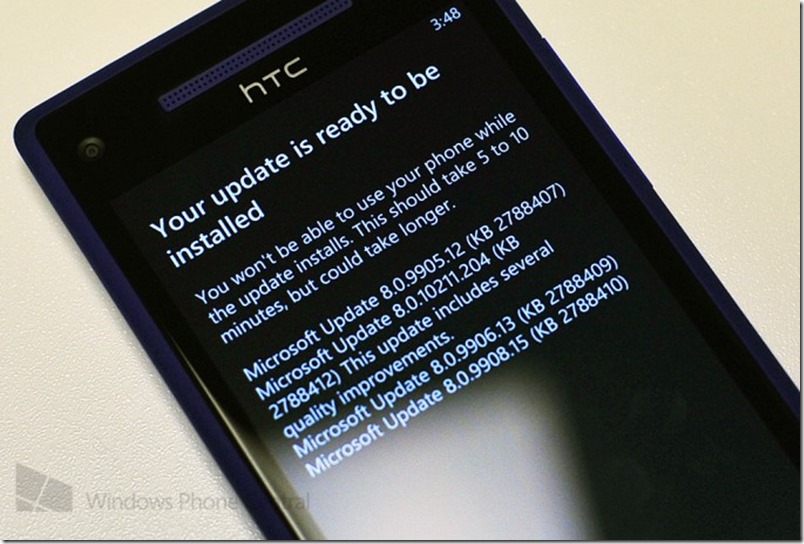 The update process takes around 20 minutes altogether, and whilst the exact change log is not yet available, WPCentral reports the following new features and enhancements are included:

The update is also supposed to fix the random rebooting issue experienced by some users on the HTC 8X and Nokia Lumia 920, however this has yet to be confirmed. Have you got an international variant of the HTC 8X? Did you get the update? If so, let us know in the comments below if you notice anything else new in the update!