The annual Consumer Electronic Show (CES) 2012 just started today in Las Vegas, and despite Microsoft’s lack of presence, three Windows Phone-related announcements were made at the show. All three announcements had been long-rumored and expected, including the the official announcements of the Samsung ATIV Odyssey and Huawei Ascend W1, as well as Sprint finally joining the Windows Phone 8 party. Check it out after the break. 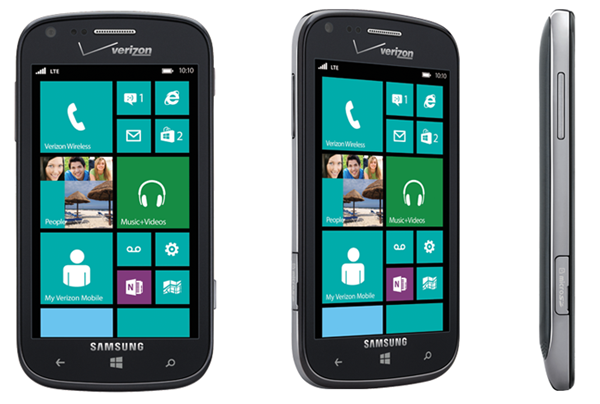 Verizon Wireless finally announced the Samsung ATIV Odyssey. The device was first revealed during the Windows Phone 8 launch event back in October last year, which was said that the device would come before the end of December. Due to various reasons, the phone never made the holiday season, but instead made its appearance at CES 2013.

The Samsung ATIV Odyssey is expected to go on sale on Verizon Wireless “in the coming weeks”, making it the first Samsung Windows Phone 8 device to go on sale in the US.

Following AT&T, T-Mobile, and Verizon Wireless, US’s third largest carrier Sprint has announced that it will launch two Windows Phone 8 devices by Summer 2013. These two initial handsets will be made by Samsung and HTC, leaving Nokia out of the equation. Below is a quote from their press release:

Both the Samsung and HTC smartphones will offer Sprint 3G and 4G LTE and impressive lists of features including dual cameras enabling video chat, dual-core processors for enhanced internal speed between applications and support for expandable external memory. Additional device details, including pricing, will be shared closer to their availability dates.

Unfortunately, the carrier did not announce any additional details of the devices to be launched on their LTE network, which means that it could either be existing devices such as the HTC 8X and Samsung ATIV S, or completely brand new devices that are yet to be announced.

Sprint had only sold one Windows Phone 7 device previously – the HTC Arrive, which is a CDMA variant of the HTC 7 Pro featuring a slide-out QWERTY keyboard.