With less than 3 days to go until Mobile World Congress 2013, details about upcoming Nokia Windows Phone devices are making headlines all over the internet. We previously reported that the Nokia Lumia 520 (codenamed “Flame”) and Lumia 720 (codenamed “Zeal”) showed up on an Indonesian certification website, and today Twitter user @evleaks, who leaked images of the Lumia 820 and 920 before they were announced last year, had done it again with the Lumia 520 and 720. Check them out below (and notice the time on the devices 😉 ): 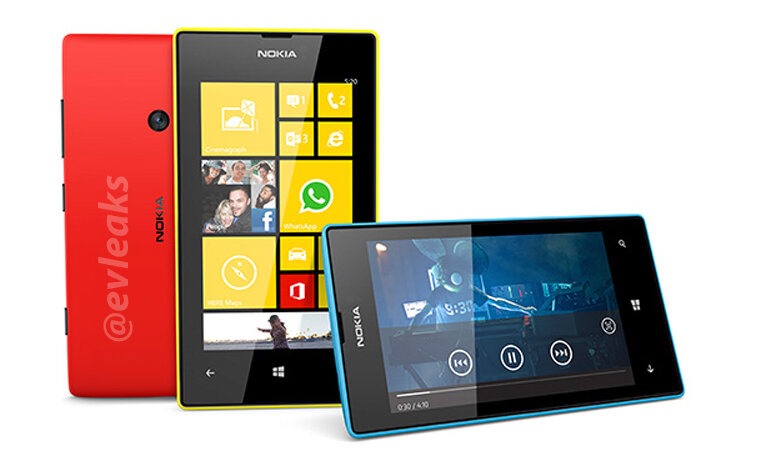 The previously rumored specs for the Lumia 520 include a 4.0” WVGA display, 1.0 GHz dual-core processor, 512MB of RAM, 4GB of internal storage with microSD card support, and a 5 megapixel camera. The pricing of the device is expected to be below that of the USD 249 Lumia 620, albeit the 520 has a bigger screen but appears to be lacking a front-facing camera. 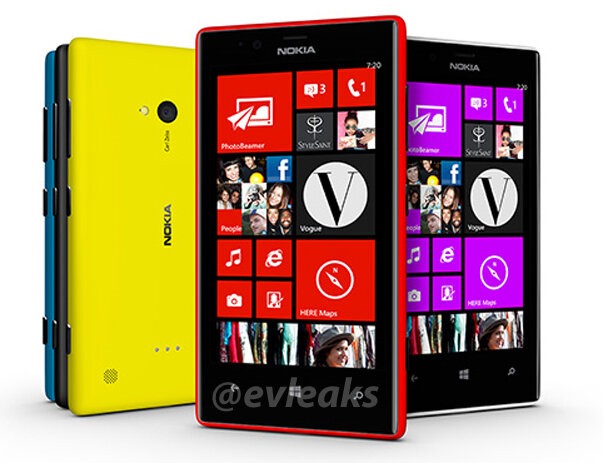 The previously rumored specs for the Lumia 720 include a 4.3” WVGA display, 1.0 GHz dual-core processor, 512MB of RAM, and 8GB of internal storage with microSD card support. No news about its camera capabilities, but from the render we can see it has a Carl-Zeiss lens as well as a front-facing camera.

What’s also interesting from the image above is the appearance of the Vogue app, as well as the renamed HERE Maps. A mysterious app to the right of the Camera app can also be seen, which may be a product from the Scalado acquisition.

We’ve also previously reported that a device codenamed Nokia “Laser”, said to be a variant of the Nokia Lumia 920, is heading to US carrier Verizon Wireless. Engadget reports today that a device with a model number of RM-860 has recently passed FCC certification. The certification lists the RM-860 with support for LTE bands 4 and 13, which are in line with the requirements for support on Verizon’s network.

Alan Mendelevich also tweeted the following suggesting that a Nokia device running Windows 8/RT, with model number RX-108, had been undergoing testing in the wild:

Whilst there’s strong indication that Nokia had been working on a Windows-based tablet device, we don’t expect Nokia will unveil details about their tablets during Mobile World Congress 2013.

So what are we expecting at Mobile World Congress this year? Whilst it’s almost certain that Nokia will be announcing the Nokia Lumia 520 and 720, it would be interesting to see if Nokia announces the Nokia “Laser”. Our guess however is that given this device is targeted at the US carrier only, it is unlikely to be unveiled during the Barcelona-based MWC event. Should we be expecting a high-end flagship device, such as the rumored Nokia “EOS”, during the event this year? Whilst we really hope so, a Reuters report suggests otherwise with sources indicating that Nokia is focusing on their mid-tier range during the event this year. Of course, who wouldn’t like surprises once in a while?