Microsoft releases Photosynth for Windows Phone 8 after rewriting for Lens

Apparently the delay in releasing a Windows Phone 8 version came at the request of Joe Belfiore, as he tweeted that “I asked them to “re-do” their UI to be a terrific lens experience and they obliged”.  Microsoft added Lens support in Windows Phone 8, and while waiting for Microsoft to deliver much needed apps is getting old, getting it right is commendable.

Now, on to the app.  Photosynth, just to recap, allows you to capture, process, and share up to 360° stitched interactive panoramas all from your phone: 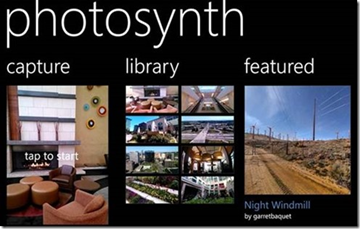 • View shared panoramas – View panoramas shared with you via email, Facebook, or Twitter directly on your mobile device