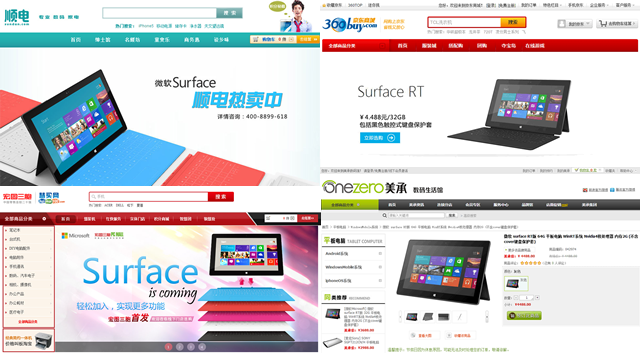 Also, last week, Microsoft China opened its official flagship store on Tmall, which is a B2C (Business to Comsumer) platform from the Chinese online C2C leader Taobao. Similar to the Microsoft China online store, the tmall store provides Surface RT, Office 365/2013, Windows Phone devices, mice and keyboards, and upcoming Surface Pro in China. According to the monthly sales number on the page, only 14 units of 32GB and 64GB Surface RTs were sold so far since last week. 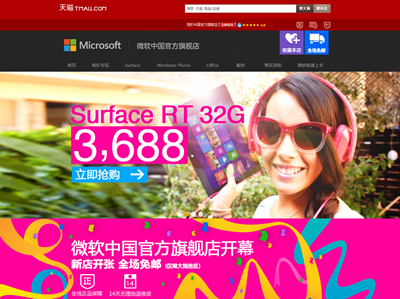 We understand Microsoft hopes consumers in the largest market can help boost their sales. Unfortunately, the sales of Surface RT in China is not good from what I heard. Though Surface Pro is coming to China soon, Microsoft China has not yet shared the availability date or pricing.

Update: Microsoft China announced Surface Pro will be available in China on April 2nd. ( via LiveSino)