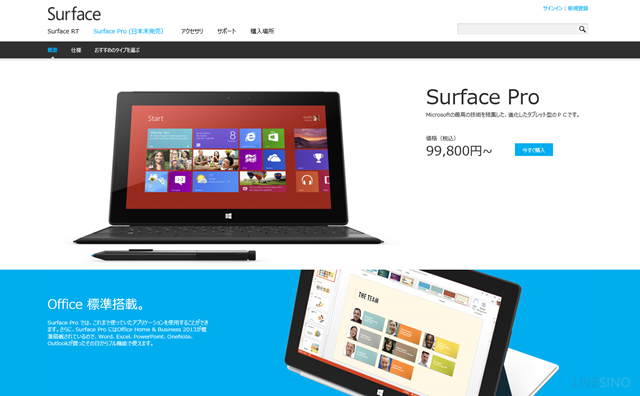 Importantly, the Surface Pro Japan edition comes with Office 2013 Home & Business software built-in and the 2 versions run on Windows 8 Pro. Other specs are same as international Surface devices. Japanese customers can get some Touch Cover accessories exclusive to Japan.