Microsoft currently has four OEMs making Windows Phone 8 handsets – Nokia, HTC, Samsung, and Huawei. Other manufacturers had come and go since the early Windows Phone days, including LG, Acer, ZTE, Dell, Fujitsu, and Alcatel, and there had been rumors of others, like Lenovo, considering joining the Windows Phone bandwagon, but none eventuated. The latest rumor came from Chinese manufacturer OPPO, better known for their Blu-ray players, who expressed interest in making a Windows Phone 8 handset. As a bit of background, OPPO launched their first Android flagship handset – OPPO Find 5 – back in February this year, and was one of the first devices at that time with a 1080p display. Today, OPPO’s Social Marketing Director Li Ying Ming posted on Sina Weibo a series of mock-up photos showing the Find 5 running Windows Phone 8. Check them out below: 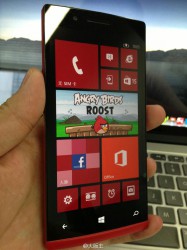 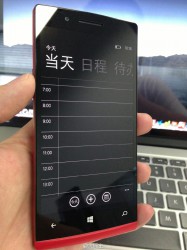 Please bear in mind that these are mock-up photos rather than real devices, and you can actually see some Nokia-exclusive apps on these photos. However, what it does show is that OPPO is considering making a Windows Phone 8 device. In fact, back in July last year, there were rumors that the Chinese OEM is planning to make a Windows Phone 8 devices this year. Furthermore, according to Li, it was claimed that the latest internal version of Windows Phone 8 already supports 1080p display. Given previous rumors that the Windows Phone 8 GDR3 update is expected to bring 1080p resolution support to the OS, it is possible that the manufacturer is waiting for the final version of GDR3 to be finalised before jumping in to the game.