Microsoft: Looking for speed in all the wrong places? 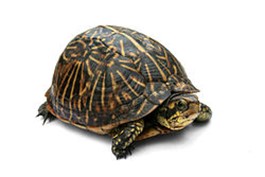 Today Microsoft officially announced that it will make Windows 8.1 available as a free update to all Windows 8 users beginning on October 18th (in New Zealand, that is, it will actually be available on the 17th in most of the world), and then available at retail and on new devices beginning on October 18th by market. The update to Windows 8 comes just a few days shy of a year after its initial launch, on October 26th last year, and while it’s pushing it to call Windows 8.1 a new “version”, it’s much more than a service pack, and marks the first real evidence that Microsoft is serious about pushing the limits of how fast it can churn out new versions of Windows.

For a lot of reasons, even without a newfound emphasis on speed, Microsoft may have found itself in need of a quick update to Windows 8. The Windows team, while still under the leadership of since departed President Steven Sinofsky, made a number of bets that to put it mildly didn’t pan out. Customers hated the lack of a start button, and the force feeding of Microsoft’s modern new Start Screen. Work needed to be done, too, to get Windows 8 ready for smaller form factor devices, as Microsoft found itself not quite in the position of authority to dictate screen sizes to its OEMs that it thought it was. While the jury is still out whether or not the new app-centric, touch-first model will gain wide acceptance, Windows 8.1 needed to happen, and fast.

But do we need a new OS every year? At last count, according to NetMarketShare.com, some 37% of desktop users are still on Windows XP, a 12 year old OS that has come to the end of its support lifecycle but is still going strong. More still (44.49%) are on the very much alive Windows 7, and there’s no indication they’ll be any less likely to move than XP users have been. Adoption of Microsoft’s new app model has been slow, at best, as has adoption of the new OS, and there’s nothing to suggest that’s going to change anytime soon. Android and iOS are filling in where Windows used to dominate, and casual users are probably more likely to upgrade to an iPad or a smartphone as they are to a Windows 8 device. That can’t be said of corporate and enterprise customers, of course, and Microsoft will continue to hold a strong position as a business oriented OS company. We’ve reached the Post-PC era in the consumer market at least, and Microsoft bears a lot of the blame for that, but it hasn’t been because we’re not getting new OSes fast enough.

In the meantime, Windows Phone is still struggling to ship basic features, and lags behind both iOS and Android not only in app availability, but in basic OS functionality. Yesterday’s announcement that Microsoft has finally shipped a YouTube app for Windows Phone, while good news, points out some of the inherent problems. Either as a bug or a misguided attempt to save on battery life, the YouTube app’s new video upload feature has been crippled to only allow uploads if the phone is plugged in and charging, a ridiculous limitation that’s apparently caused by Windows Phone’s Background Transfer policies, although the policies are less limiting than the app’s. Neither iOS nor Android have the same limitations, and you can upload a video from where you take it, not from where you charge your phone. Only the tip of the iceberg on the problems with Windows Phone, of course, but Microsoft simply has to move faster, and work better, than this.

While Microsoft rushes to speed up the pace of OS development, it hasn’t apparently placed the same emphasis on developing apps that would allow Windows 8 to shine. The original “core” apps: Mail, Calendar, Music, Videos, and the like were embarrassingly bad when they shipped a year ago, and they’ve only had one major update since (although rumors have new versions of the apps coming just before Windows 8.1 ships). It’s been two and a half years since we first heard rumors that Zune was being killed off, but we’ve yet to see a viable replacement. If Microsoft can ship an OS in a year, why can’t they build a working music service in three?

In Microsoft’s haste to enable ARM processors to run Windows, and therefore get Windows on longer battery life devices, it created Windows RT, a kludge of an OS that has been widely derided and lately discarded, and was probably doomed almost from the start. There are rumblings (ok, from DigiTimes, I know, I know) that Microsoft will push the Windows Phone OS to run both phones and tablets, perhaps as early as Windows Phone 9.0, but that means more waiting around until a new OS is available, more app model changes, and more opportunity for iOS and Android to leave Windows further behind in the dust.

One more example in the “moves too slow” department (and there are many, many more): after being sued by BSkyB for its use of the “SkyDrive” name, Microsoft, after initially vowing to appeal a court decision against it, abruptly announced it was changing the name of SkyDrive. Terms of the agreement allowed Microsoft the use of the SkyDrive name “for a reasonable period of time”. Guess what? When you’re pushing hard to gain acceptance for SkyDrive, while falling behind (see: moves too slow) to Dropbox and the like, that reasonable amount of time should be days or weeks, not the months it will take for Microsoft to change course on branding. Every day that SkyDrive remains without a name is a day lost to the competition.

Microsoft has committed to moving faster on OS development, for reasons that are apparently clear only to them, while continuing to remain stuck in the mud in the areas where moving fast matters. Unless the speed increases filter down (quickly) through the rest of the company, by the time we get the next OS it may be too late, no matter how soon it comes.