More details surface on Nokia “Sirius” – a 10.1″ Windows RT tablet to be unveiled next month 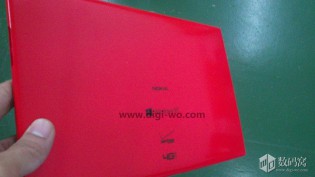 Last week various rumors surfaced regarding Nokia’s upcoming tablet, all of which seems to point to the fact that the device will be unveiled sometime in September next month. Today The Verge and WinSupersite further reported some of the additional specifications of the device, including its accessories and expected retail pricing. The device is said to be codenamed Nokia “Sirius”, one of the codename revealed by Twitter user @evleaks a short while ago, although previous rumors pegged it as “Vanquish”, which we believe may simply be the AT&T variant’s codename of the same device. The specifications appears to be consistent with what was reported previously, and we have summarised everything we know about “Sirius” below:

The device is said have a similar design to the Lumia series with a polycarbonate body, and available in multiple colors (the red one is shown in the image above, other colors include black, white and cyan). The Nokia “Sirius” is reported to be available for USD$499, which is said to be “priced comparatively with Apple’s iPad.” Of course, this pricing is considerably high for a Windows RT tablet, given Microsoft’s own Surface RT had its price reduced to USD$349 only very recently. Nokia is expected to unveil the device during an event tentatively scheduled for September 26 in New York City, although this timing has not yet been finalised. Whilst the final name for the device is not yet known, according to WPCentral the brand “Harmonia” may be used for Nokia’s tablet range, similar to the “Lumia” and “Asha” series. What do you think about the Nokia “Sirius”? Let us know in the comments below.