Microsoft doesn’t need to copy anyone. It needs to be Microsoft

Earlier today, Paul Thurrott let off some steam (granted, he’s never been very shy about that), ranting about the perceived notion that Microsoft has taken to copying Apple when it should be, in Thurrott’s estimation, copying Google instead. In making his points in a blog post titled Microsoft is Copying the Wrong Company, Thurrott lets slip a number of factual errors in coming to his conclusions (although of course we respect his opinion and his right to express it!). We’ll deal with the errors first, and then let on some of our own interpretations about the future of Microsoft as it enters the post-Ballmer era.

First, and this is a crucial mistake, Thurrott says:

First, Google doesn’t require device makers to pay for Chrome OS or Android, so those systems are free for anyone to use as they see fit.

More correctly, the second half of the statement is where the mistake lies. It’s true that Google doesn’t require device makers to pay for its software. It’s also true that much of the disruption facing Microsoft’s business model was initiated by Google’s offering up Android for free. However, they did that on the backs of some intellectual property they didn’t happen to own, and Microsoft and others stepped in and reminded the device makers of their patent responsibilities.  Now, even though Google doesn’t charge for Android, those device makers certainly do pay, to the tune of about a billion dollars in annual revenue for Microsoft, last we heard. 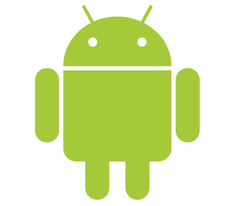 This is more than just semantics. Microsoft’s recent deal with Nokia was carefully crafted to gain the maximum benefit out of monetizing Nokia’s patent portfolio. You can read that as: if you thought Microsoft was playing hardball chasing down Android patent violations up until now, you ain’t seen nuthin’ yet. Nokia is going to come at Android like gangbusters (in the very literal sense of the word). Microsoft won’t get the money, except perhaps as sort of a back door payment to Nokia, but it could take some significant air out of that “Android is free” balloon.

Then, Thurrott goes down another questionable path, arguing that:

Microsoft wants the advantages of Apple’s deep vertical integration while denying it to their partners. Microsoft’s PC and device maker partners cannot modify Windows at all, and can only apply their own apps onto of Windows in very subtle and minor ways. Only Microsoft’s own devices can benefit from insider knowledge of these OSes.

This is the age old “secret back door” argument that Microsoft haters have been making since back when it was, you know, true. In fact, even with Windows 8 and Windows Phone in development, Microsoft has held its internal software developers to use the same APIs that it makes available to the public, much to the consternation of some of those internal teams.

The far bigger problem is not that Windows Consumer Apps developers or the teams that make Surface are using secret and proprietary APIs, it’s that they can’t get a decent Mail or Photos app out the door no matter what APIs they’re using.  As far as devices go, any back door knowledge of Windows RT or Windows 8 certainly didn’t do the Surface family any good, either. If there are secret back doors, we’re sure not seeing the results of them.

Thurrott then touches on what really IS at the heart of the problem:

With Android and perhaps with Chrome OS, Google is attempting—and perhaps succeeding—at rendering Windows irrelevant. Which it sort of already is. Metro has gotten off to a slow start, obviously, and there hasn’t been a major new Windows desktop application in years. You couldn’t name one if you tried. And the top two desktop applications, Chrome and iTunes, are designed to push users away from Microsoft’s platforms and onto Google and Apple platforms. These developments put arguments about saving the desktop in perspective, eh?

Microsoft has been, and continues to be, both late and lame when it comes to giving consumers what they want. It allowed Internet Explorer to flounder, missed on music (multiple times), missed on phones, missed on tablets, and missed on apps. This wasn’t because Windows costs more, or because Google doesn’t play fair, it’s because Microsoft is too slow to be a consumer company. It moves too slowly. It has multiple layers too many of middle management. It lacks vision. And it lacks the conviction that giving the everyday consumer what they want is, well, worth it.

For most of Microsoft’s 30 year existence, it made boatloads of money by cutting deals in boardrooms and by driving the most hard-ass and ruthless sales teams in the business. It coerced and cajoled its way to the top, and fought with everything it had to keep what it had gained. That’s the way you make money, by squeezing it out of IT departments and corporate boards. Selling to the public? Putting on a happy face? That’s for amateurs. 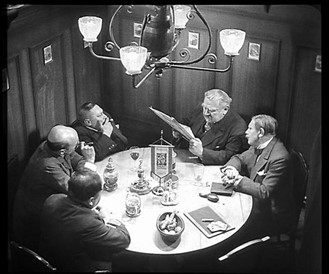 Or so the thinking that drove Microsoft to be the wealthiest company in the world has gone, and still continues to this day.

But now, something dramatic has happened. Steve Ballmer was forced into retirement, in the face of activist shareholders that are demanding that Microsoft pay attention to consumers. And it’s finding itself fighting perhaps for its very life based not on winning in the board room, but on selling enough phones to win on the slimmest of margins. It found itself having to buy Nokia’s phones business, not to copy Apple’s business model, but to keep the damn thing from going under while it learns how to put on a happy face. Microsoft is faced, for the first time ever, with the self-realization that it is a consumer company, after all.

Microsoft is a strong and powerful company. It knows how to make software, it knows how to put together deals, and it knows how to win. For sure, it hasn’t quite figured out how to apply those traits to the consumer space, but given the right new CEO, some voices on the Board (including a fed up Bill Gates) who are demanding action, and indeed a market that is quickly passing it by, the sleeping giant may be awakening.

What Microsoft needs to be more than a copy of either Apple or Google, is a new, faster, consumer oriented version of itself. In some significant ways, that’s happening right before our eyes. And if it doesn’t, then copying Apple or Google isn’t going to help, anyway.