There had been an influx of Surface-related news recently, first starting with specifications of the Surface Pro 2 leaked to the internet. Soon after, details of two Surface accessories – Power Cover and Docking Station – were revealed. Today, Microsoft has officially sent out invites to press media for their upcoming Surface 2 unveil event, scheduled to be held on September 23rd in New York City. Check out the invitation below, courtesy of LiveSino.net: 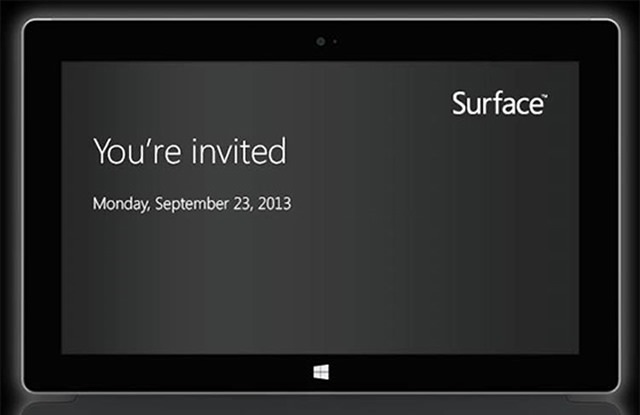 Whilst the invitation does not indicate exactly what will be unveiled at the event, it is widely speculated that the Surface 2 (running on Windows RT 8.1), Surface Pro 2, as well as the Power Cover and Docking Station will be announced on the day. Below is a recap of what we know for each of them:

Microsoft is also planning a Surface “mini”, which is supposed to be a smaller 7″ or 8″ tablet intended to go against the iPad mini. However, this device is not expected to be announced during the September 23 event.