Whilst all the recent news and rumors had been focused on the October 22 event, when Nokia is expected to announce their Lumia 1520 “Bandit” phablet and Lumia 2520 “Sirius” tablet, another device had appeared under our radar. Twitter user @evleaks had revealed the press renders of another device, called Nokia Lumia 929, headed for US carrier Verizon. Check it out below: 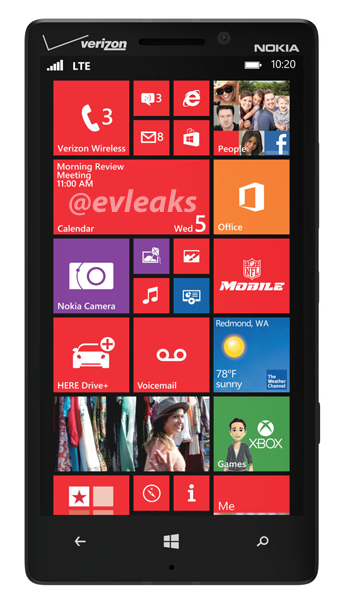 The image shows that the device is expected to have a large 1080p display, pre-loaded with the Windows Phone 8 GDR3 update. According sources from The Verge, the Lumia 929 is a variant of the Lumia 1520, although the device is expected to have smaller display than the 6-inch one the Lumia 1520 has (possibly around 5-inches). Not much else is known about the device, except that an image of the actual device was leaked a few weeks ago from an Sina Weibo user. Check it out below: 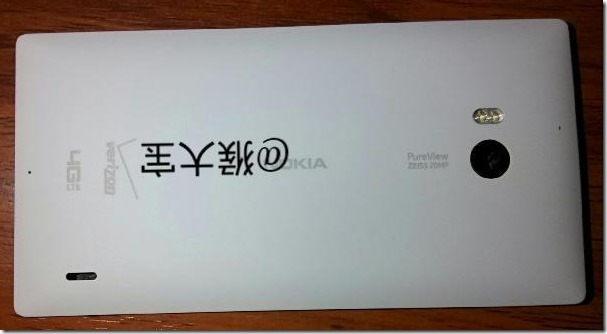 According to the image, the device is supposed to come with a 20MP PureView camera with ZEISS optics, similar to the Lumia 1520. A recent FCC listing also points out that the device will come with LTE, NFC, 802.11ac Wi-Fi, and Bluetooth 4.0.

According to @evleaks, the device will ship in both black and white colors, and will debut on Verizon Wireless before the end of year. What do you think of the device? Let us know in the comments below.