Now that Windows 8.1 is here, what we still don’t know 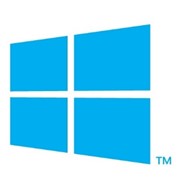 Yesterday Microsoft released the final version of Windows 8.1, the fix update to Windows 8, featuring a Start button, Bing Smart Search, better mouse and keyboard controls, updated versions of Microsoft’s “core” apps, and quite a bit more. If you haven’t updated your Windows 8 or 8.1 Preview device yet, head over to the Microsoft Store (if for some reason, like with our Surface RT, you aren’t offered the update from the Store, you can follow these instructions, which should get you started).

With Windows 8.1 out the door, new versions of Surface on the way, and the holiday season right around the corner, Microsoft should finally be positioned to leave all the waiting and uncertainty behind and begin “moving forward”.

Except, of course, it’s Microsoft. While Windows 8.1 does answer some questions, there are many more still left on the table, with the potential to shape the future of the company unlike any time in its existence. Here’s our list:

Perhaps the most glaring question above all else, is can Microsoft sell Windows 8.1? Many of these other issues dissipate if Windows 8.1, like Windows 7 after Vista, can gain a foothold in the market this holiday season. What do you think, is Microsoft poised to move forward, or are there too many unanswered questions?