Nokia World is only 2 days away, Nokia is expected to announce six new devices, including phablet Lumia 1520 and tablet Lumia 2520. Today, it is reported that Nokia China’s official Tmall store leaks Lumia 1520 pricing and specs information. 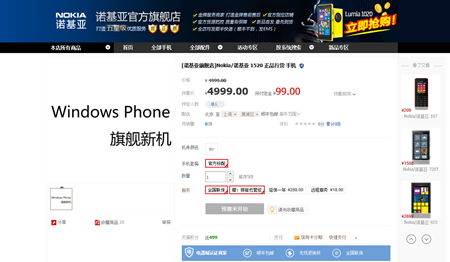 Another Nokia new product Asha 502, which will have 5MP camera, is also leaked. (via LiveSino)