With Nokia World 2013 just finished, we saw Nokia venturing into the large screened “phablet” space with the announcement of Nokia Lumia 1520 and 1320. However, the Finnish company isn’t stopping there, as we have heard since September this year that they have another large screen device in the pipeline – the Nokia Lumia 929 bound for US Carrier Verizon Wireless. Today, a video of the device has leaked to the internet thanks to WPCentral Forums member Falorin. You can check out some still captures from the video below: 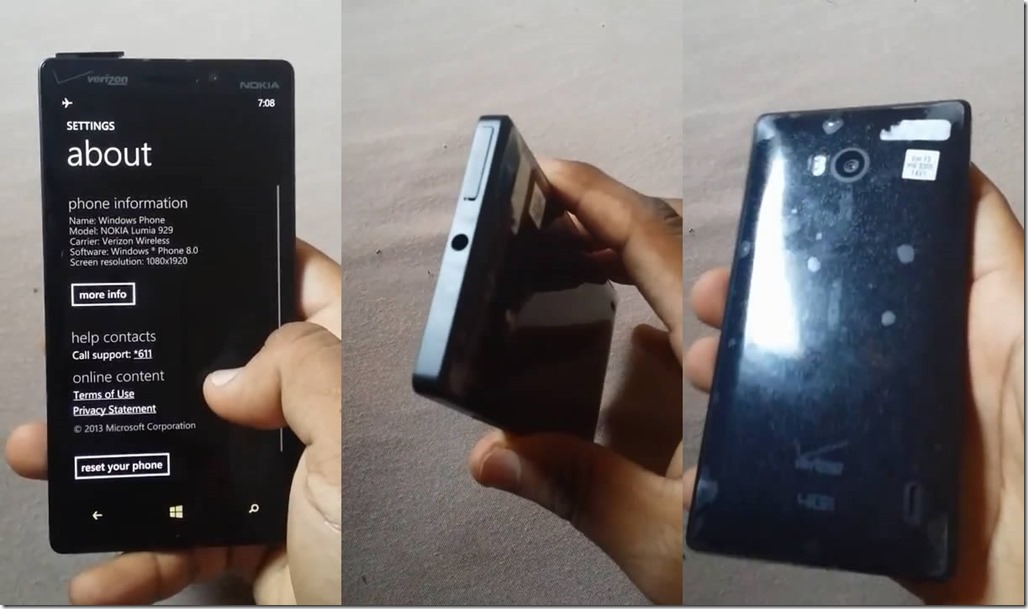 NokiaPowerUser was also recently tipped that the Nokia Lumia 929 will come with an aluminum frame, similar to the Lumia 925. This can be subtly seen in the video, with the edge of the device having a metallic feel to it.

According to the leaker, the Nokia Lumia 929 is expected to be released around Thanksgiving time, which is towards the end of November. The device will ship in both black and white colors. You can view the full video below: