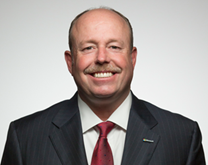 A rumor came out of China’s WPDang last night (no better place for a reliable CEO rumor than a Chinese Windows Phone enthusiasts’ site, right?) than Microsoft’s Board of Directors has made a final decision on the company’s next CEO. According to WPDang, current Chief Operating Officer Kevin Turner will take over for outgoing CEO Steve Ballmer, to be eventually replaced (in 2-3 fiscal years, says WPDang) by ex-Nokia CEO Stephen Elop.

While we agree that relying on a single Chinese blog, and a Windows Phone based one at that, is a bit absurd, there are some legitimate reasons why this scenario just might make some sense.

Before we get to Kevin Turner, and while we count ourselves as Stephen Elop fans, there’s just no way that Elop can walk away from guiding the transition of the Nokia phones businesses to Microsoft and take the CEO job right away. Elop is needed to bring Nokia into the fold, and he’s uniquely qualified to do the job. He knows the Nokia operation, the upcoming product pipeline, and he’s well aware of how Microsoft works (or used to work, anyway) from his years at the company.

Microsoft has botched the handling of big acquisitions before, most notably with AQuantive, the digital marketing company Microsoft bought in 2007 for $6 billion in an attempt to counter Google’s acquisition of Double-Click, which Microsoft had been fighting hard for. Once it owned AQuantive, it proceeded to drive it into the ground and its former CEO Brian McAndrews out of the company. After five years of flailing, Microsoft wrote down the whole $6 billion as a loss.

Microsoft simply can’t botch the Nokia acquisition, and so almost by definition, can’t pull Elop off of leading the transition. He may be the eventual best man for the CEO position, but naming him CEO now could be suicide for the company as its biggest bet, moving from a software company to one focused on devices and services, hangs in the balance. If he pulls off a successful transition, he’ll be the right man to take over the CEO reins. If not, Microsoft will have far bigger problems on its hands than who to declare CEO.

In this scenario, then, Microsoft needs an interim CEO, someone to hold down the fort while Elop concentrates on Nokia. In many ways Alan Mulally is perfect for this job: an outsider who would bring some fresh life into the company, a CEO with a proven track record of getting troubled mega-companies back on the right path with Boeing and more pointedly, Ford, and, at 70 years old, a short timer who would be comfortable handing over the controls.

Kevin Turner, the ex-Walmart CIO and CEO of Sam’s Club, a Walmart subsidiary, while he doesn’t offer the fresh outsider perspective that Mulally would bring (and could well be a second choice if Mulally has decided not to take the job), does bring a wealth of retail and customer oriented experience, and is a loyal ‘Softie and fierce competitor. Seemingly there would be one heck of a golden parachute if Turner were asked to turn the company over to Elop, as well as a chance for Turner to prove himself and possibly keep the job beyond the two to three years it will take Microsoft to assimilate Nokia’s phone businesses.

There are a number of indications that Microsoft is indeed moving forward with its One Microsoft plan. The choice of Turner, a loyal insider, would be another indication that Microsoft believes it is on the right path even though it made concessions to investors by ousting Ballmer. While many are hoping for some sort of white knight to ride in and lead Microsoft, that person simply may not exist. Turner offers a retail focus (unlike, say, Satya Nadella, another loyal soldier but one entrenched in the enterprise), a dedication to the company line (unlike, perhaps, Tony Bates, who might also be a breath of fresh air, but could be a bit too ambitious for a company in transition), and a clear bill of goods (unlike outsiders like Paul Maritz, who might do just about anything, including selling off parts of the company).

All that being said, it’s just as reasonable to believe that WPDang is after a few more clicks with a “news” story that just happens to fill a void. Still, we wouldn’t be surprised if Microsoft chose Turner, and an eventual successorship plan with Stephen Elop, even if WPDang is just drawing at straws.