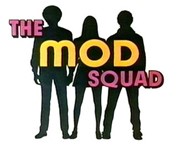 As Neowin pointed out yesterday, Microsoft has recently applied for a number of trademarks, all centered around “Mod”. Microsoft Mod, Windows Mod, Mod, and Office Mod and Microsoft Office Mod, with trademark applications for computer operating systems, computer software, hardware, peripherals and accessories, and mobile computing and mobile communications devices. Could Microsoft finally be getting around to renaming what most of us have been calling “Metro”? Is Mod, as one of Mary Jo Foley’s contacts suggest, short for “module”? Is it short for Modern, or module, or some kind of strange blast from the past connection to the Mod Squad? Microsoft already has a “Linc” and a Julie, all we need is a Pete!

The trademark filings are dated December 9th, with a “priority date” of June 10th, meaning that either Microsoft submitted a provisional filing in June that just went public, or they applied internationally for the filing in June, or both, which may or may not mean anything at all, except that they’ve been working on it for a while. Whatever the reason, and even if this is just a false alarm and like many trademarks Mod never gets used, it’s still kind of fun to chase down a new name. While we may never get back to the golden age of new Windows Live names popping up almost at random, Microsoft dearly needs to get out of its product naming doldrums, and maybe Mod will start a trend, who knows.