A few minutes ago, both the Skype and the Skype developer Twitter accounts tweeted out messages purportedly from the Syrian Electronic Army, and linking to a hacked post on the Skype blog: 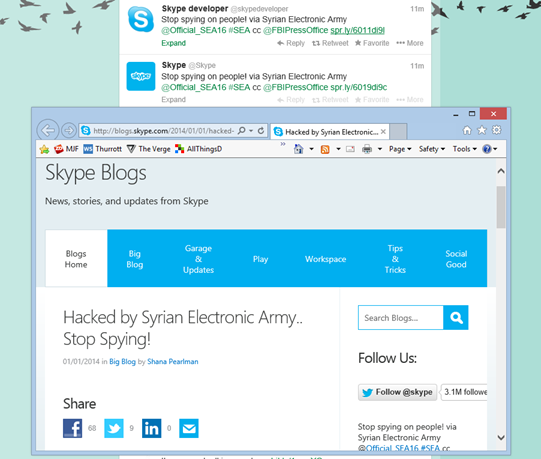 We expect that the tweets and blog post will be taken down soon, but here are the links anyway:

The messages are apparently referring to reported abilities by the NSA to infiltrate Skype, and Microsoft’s supposed complicity with the NSA in providing access to encrypted messages.

We’ll keep you posted on any reactions from Microsoft. For now, a half an hour after the posts were made, they’re still up.