Satya Nadella and the Young Guns 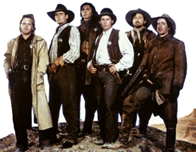 A pair of posts in the past twenty four hours, from Re/Code and Bloomberg, would have us believe that the next CEO of Microsoft could very well be an insider, Satya Nadella, and a decision could be coming as soon as next week. Nadella, who rose through the ranks at Microsoft after a college career in his hometown Hyderabad, India and then master’s degrees (in Computer Science) from the University of Wisconsin-Milwaukee, and (in Business Administration) from the University of Chicago, and a stint at Sun Microsystems, is a technologist, an insider, well liked, and well versed. He held positions in the Online Services Business, in Server and Tools, in the Business Division, and currently is Executive Vice President for Enterprise and Cloud Engineering.

Nadella is part of the newly re-organized senior leadership team, all relatively young, energetic, and forward looking executives that aren’t tied to the Microsoft of the past as much as they are to the Microsoft of the future. They’re said to get along well (unlike the infighting and turf wars that were commonplace in previous regimes) and they’re a mix of rise-through-the-ranks leaders like Nadella, Julie Larson-Green, and Tami Reller, and outsiders bringing new perspectives like Qi Lu, Tony Bates, Mark Penn, and even prodigal son Stephen Elop, along with a few old guard veterans like Eric Rudder and Kevin Turner.

What’s almost more interesting about the latest report from Bloomberg is that there seems to be a move afoot to not only remove Steve Ballmer from the board of directors, but to replace Bill Gates as chairman, perhaps with the outspoken head of the CEO search committee, John Thompson. If Gates is to step down (although the thinking is that he’ll play a more active role in areas like product development), it could give these young guns a chance to take the company where it hasn’t been able to get to before, and help to shape a more innovative and faster moving Microsoft of the future.

A move to install Nadella as CEO would certainly seem to solidify the senior leadership, as they’ve already been working together as a team for more than half a year, and wouldn’t have to worry about what a new outsider CEO might think of them. It could also serve to let the leadership team take on the challenges of putting a likeable and fresh face (or set of faces) for the consumer public, and allow the more charismatic executives, like Larson-Green, Bates, Elop, and Lu, to assume some of the public facing duties that Nadella (who’s a great guy but no Steve Ballmer when it comes to rah-rah salesmanship) might struggle with. In fact, instead of finding that one persona to rally the troops internally, run the business, push the technology envelope, and push on enterprise customers, all while putting on a show for consumers, Nadella could utilize the help of the leadership team to get the best out of everyone.

We’re still not quite ready to crown Satya Nadella the winner in the CEO sweepstakes, but if he is the choice, it could give Microsoft, with its leadership team in place and just waiting for the go-ahead, its best fighting chance to make a real transition to a devices and services company, and dare we say it, a rosier future.