Bing, Bill Gates, and the Board: Microsoft to retool? 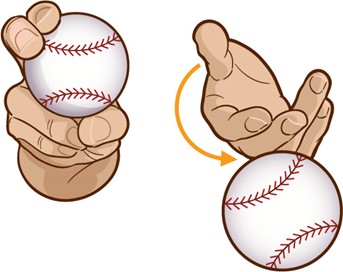 A trio of new rumors have been circulating the past few days, of course perhaps overshadowed by a fourth, that Microsoft is about to choose a new CEO. Last week, Bloomberg reported that longtime Microsoft veteran Satya Nadella could be named CEO as early as this week, and that he’s apparently asking for some help from Microsoft’s first CEO and founder, Bill Gates. Bloomberg expanded on the Gates news today, revealing that Gates has been pushing for Nadella as CEO, and that the two could “be able to collaborate well”:

As the board prepares to appoint Satya Nadella as Microsoft’s next chief executive officer, it’s considering replacing Gates as board chairman, people with knowledge of the matter have said. Gates would remain a director and be involved in product development, focusing less on administration, the people said. He’s weighing going to work at Microsoft at least one day a week, a person briefed on the matter said.

Gates was instrumental in building Microsoft into perhaps the most influential company in the world for a time, although many have pointed to some of his misses, notably with mobile and tablet computing, as reasons why Microsoft is playing catchup against the likes of Google and Apple. However, with a focus on product development, with Gates’s legendary high standards and attention to detail could prove helpful as Microsoft moves to a more device oriented strategy.

But Gates has always been a Windows guy, and for good reason, it was his crowning achievement at Microsoft. But in a parallel move to the CEO change, Microsoft’s board will be taking on a new member, ValueAct Capital President Mason Morfit, and Bloomberg is again reporting that the activist investor is intent on getting Microsoft to move away from Windows and broaden its focus:

ValueAct wants Microsoft to accelerate efforts to unchain products and services from Windows so that they can be more widely adopted on smartphones and tablets. Microsoft programs like Office, which typically run on Windows, could then also be used on Apple Inc. (AAPL) and Samsung Electronics Co. gadgets that have other operating systems, the people said. The moves are intended to reinvigorate growth at a company that’s struggled to adapt to the rise of mobile devices, away from the shrinking personal computing arena.

Morfit also wants to emphasize enterprise and cloud businesses and push Microsoft to look at jettisoning or scaling back hardware and consumer products such as the Xbox game console, which carry expensive marketing and manufacturing costs, the people said.

The post goes on to reveal that ValueAct was “upset” with Microsoft’s acquisition deal of Nokia’s phones business, and it doesn’t appear that ValueAct is buying in to the whole “devices and services” mantra that lame duck CEO Steve Ballmer has been spouting. How much influence ValueAct will have on the board, with Gates potentially out as Chairman (although still, reportedly, holding a seat on the board), and Ballmer off the board and out of Microsoft altogether (albeit still holding the second biggest chunk of stock in the company, at 4% of shares, second only to Gates at 4.5%) will be one of the big questions of the coming year and years.

The last of the troika of Microsoft related posts came late last week, and could have been a bit of a bombshell if it wasn’t for all the hoopla surrounding Microsoft’s apparent choice of Nadella as CEO. Kara Swisher at Re/Code, who has an inside track to all things Yahoo!, reported that Yahoo! is secretly working on two initiatives, code named “Fast Break” and “Curveball”, both designed to get Yahoo! out of its 10 year agreement with Microsoft to use Bing technologies for its search offerings. Yahoo! CEO Marissa Mayer “has made no secret internally of her disdain for the deal”, according to Swisher, and Yahoo! has been wrangling to get out of the deal ever since Mayer came on board.

At this point, some of the shine appears to be wearing off of Mayer’s leadership of Yahoo!, and with Bing being developed as a core part of Microsofts “services” part of its “devices and services” initiative, a move to go it alone without Bing could potentially be more hurtful to Yahoo! at this point than Bing, especially since the alliance hasn’t seemed to help either side to any large extent. Bing continues to inch its way upwards, while Yahoo! has been losing significant search share over the past year. Yahoo! also revealed in a recent regulatory filing that 31% of its revenue is coming from the search deal, significantly higher than expected.

Still, Mayer seems to believe that it needs to control its own destiny in search, and there’s no doubt that if she can get out of the deal it would be a significant blow to Bing, from a public relations standpoint if no other. If Satya Nadella, who once ran Bing as part of the Online Services Division, does become CEO, the Bing/Yahoo! deal will need to be a major focus of his administration.

One thing’s for sure, whether Nadella becomes CEO or Microsoft throws a curveball of its own, it won’t be business as usual at Microsoft. With a new, perhaps more contentious board, a new CEO, new pressures to perform coming from a returning Bill Gates, and even a re-examination of the whole “devices and services” strategy that Microsoft has been pivoting toward, next year’s Microsoft could be significantly different than the one we know today.