The Windows Phone 8.1 features you haven’t seen in the leaked SDK

If you had been following the news lately, a preview version of Windows Phone 8.1 SDK were distributed to selected beta testers earlier this week, which were then inevitably leaked to the internet. The SDK included not only development tools, but also the Windows Phone 8.1 emulator and all of its accompanying documentations. WPCentral has a good coverage of all the new features that were found in the SDK, but as Tom Warren from The Vergehas hinted, the leaked SDK emulator only contained a portion of what’s to come in Windows Phone 8.1, and there are a lot more features left to be unveiled. 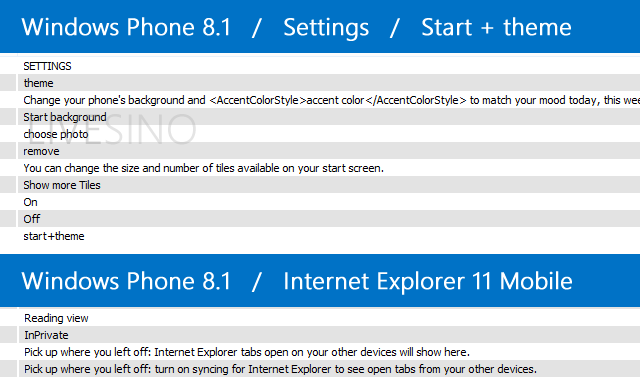 Our friend Picturepan2 from LiveSino.net managed to discover a set of new features that were hidden in the leaked SDK, and listed below are some of them:

As we’ve said earlier, there are a lot more coming to Windows Phone 8.1 than what you’ve seen in the recently leaked SDK. For one, the highly-anticipated Cortana personal assistant and Action Center were yet to be revealed, and don’t you find it strange that Microsoft disabled the Bing search button in the SDK emulator?