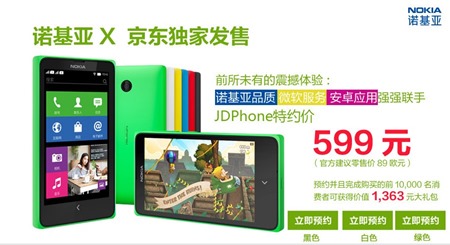 The price of Nokia X in China is CNY 599, nearly USD 100/EUR 70. The pricing for China market is even cheaper than the suggested retail price EUR 89 announced during the MWC 2014 event.

According to the JD.com pre-order status number, over 27,000 people has signed up for the Nokia X phones. But those people don’t need to pay immediately until March 24th. And of course, the phones won’t be shipped until people pay. First 10,000 buyers will get a free package of Chinese service subscriptions and gift cards. 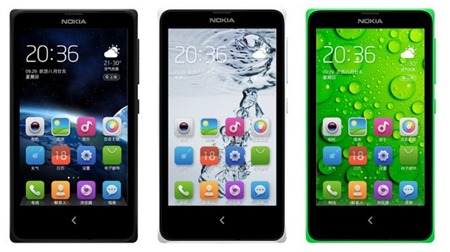 Last month, Nokia X has been rooted to run Google’s services and Play store. But don’t forget Nokia X is a low-end smartphone.  (via LiveSino)