At last month’s unveiling of Windows 10 at a press event in San Francisco, Microsoft CEO mentioned that we’d be hearing more about the latest version of Windows at the next Build, in April. Now, today, Microsoft has announced a few more specifics about its developer focused conference. Build 2015 will be held, as it was last year, at the Moscone Center in downtown San Francisco, with this year’s dates set for April 29 – May 1st. 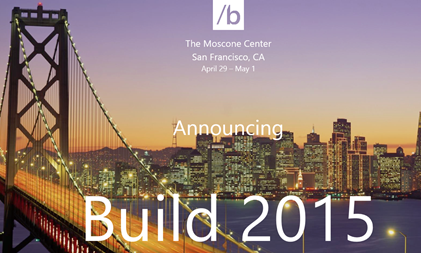