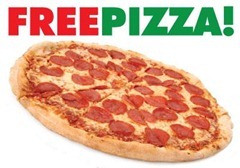 On the heels of news that Microsoft, Nokia, and the other hardware partners are ready to spend hundreds of millions of dollars on advertising, promotion, and payola, Windows Phone is getting ready to roll out another update, this one a bug fix for some keyboard issues and a location privacy bug, but apparently doesn’t address the “sms bug” that Microsoft is reportedly working on a fix for.  If you are having keyboard issues with your Windows Phone, they should be fixed soon (if you can’t wait, there are workarounds to get the update manually, proceed at your own risk, of course).

What may be bigger news is that Microsoft has seemingly learned how to roll out updates to Windows Phones when necessary, something that has apparently escaped the Android ecosystem, as Paris Lemon points out in a short but poignant post, quoting numbers from developer.android.com:

Is it that just 0.6% of Android users have Ice Cream Sandwich (4.0) two months after it launched?

Is it that only 3.3% are using Honeycomb (3.0), which means that all those highly-touted tablets last year are clearly huge flops?

I can’t decide. You choose.

We’ll have to wait and see if those reported huge ad spends will attack the Android fragmentation issue (which of course they should!), but on to the “payola” (or that’s our word for it, anyway).  Back last September, we wrote, in Microsoft and mindshare: can Mango be cool in the mall? that the problem in retail for the geeks that sell phones runs deeper than just incentives, of which Microsoft, Nokia, and others are now willing to shell out, according to Paul Thurrott and Mary Jo Foley.  Thurrott reports:

Included in the plan are sales incentives for retail workers, aimed at getting them to finally start recommending Windows Phone as an alternative to Android and iPhone. The amount of payments are $10 to $15 per handset sold, depending on the number sold, for some handset models.

Mary Jo then chimes in with some info she’s been hearing about incentives, too, responding to the Thurrott quote, above:

I have heard from my contacts similar numbers, along with promises of free Xboxes, car steroes, free pizza Fridays and other sales “incentives” thrown in for good measure.

I am stymied as to why it took Microsoft this long to figure out that these kinds of promos and paybacks are what’s required in the phone business.

Can some well oiled incentives in the form of cash, Xboxes, and pizza make a difference for Windows Phone?  And will bribing retail sellers to push Windows Phones even make much of a difference, if Microsoft remains uncool in the mall?  We’ve seen big ad spends from Microsoft for Windows Phone before, it hasn’t budged the numbers, but maybe with a push from Nokia (and will the Nokia brand be perceived as “cool” to new phone consumers, aiding the effort?), those pizzas and car stereos can get this party started.